"Christians of each new generation are called to state the
[Gospel] afresh in terms of the thought of their own age
and with the emphasis their age needs."
(1940's Statement of Faith, The United Church of Canada) 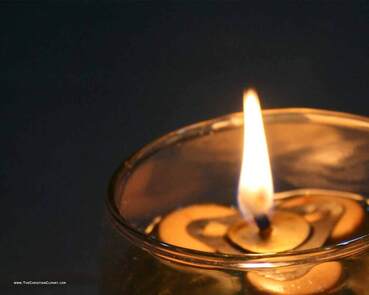 ​God of Love,
You are with us in every transition and change.
As Salisbury United Church enters into the season of Lent
we recall your deep compassion, presence, and abounding love.
We thank you for the gifts, talents and skills with which you have blessed us.
We thank you for the experiences that have brought us to this moment.
We thank you for the work of others that gives breadth and depth to the life of our community of faith.
Be with us as we move forward, rejoicing with you and supporting one another.
We ask this in your Holy Name.
Amen.
(Source: https://www.beliefnet.com/faiths/christianity/galleries/7-prayers-for-those-in-transition.aspx)

​2. Begin By Reading an Article 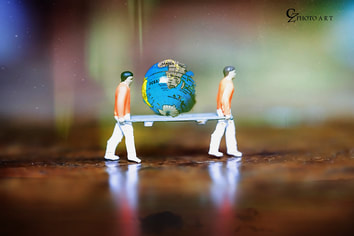 Very few people will challenge you if you say that the world seems to be changing faster and faster. ...

Driven mostly by technological progress and global integration, the speed of everything is going up and up, and this is now demanding that we run organizations in a different way. And yet the number of public or private firms who are fundamentally trying to run themselves in new ways, not incrementally different ways, is very very small. Why should this be so?

I think the answer lies in the fact that what we believe, for the most part, is highly influenced by our own personal experiences. And when it comes to change, the world we see today and the world we saw two or three or four months ago is rarely very different. Indeed our experiences can be literally 99.5% the same. We get up, get ready for work, get on the subway, not paying attention to the depth of the seawall, because it doesn’t affect us today.

So even if we know intellectually that things are changing and changing faster, what we see and feel is very different. And our experiences, and the feelings that we get from them, are very very influential in determining our behavior. So if it doesn't feel like things are changing that much, we do not actively and aggressively look for new ways to adapt to that change. It's really that simple. And increasingly, it's really that dangerous.

I'm not entirely sure what the answer to this is. People are people. The way we absorb information, and the way we act on it, is not going to change because the structure of our brains or bodies will not suddenly change. The latter only happens over very long periods of time. What can help? Big ideas that produce big light bulbs over our heads can help. A constant focus on change – opportunities and hazards – can help. A sense of urgency to find and exploit new opportunities might help, because that sense is not just a thought but it also ties into a feeling. 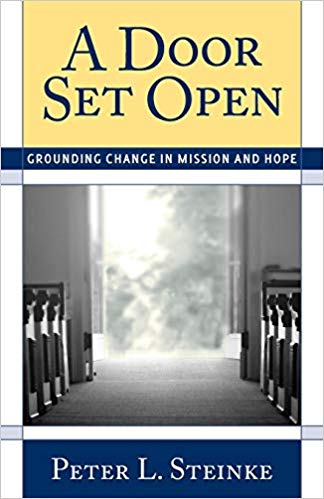 Like other organizations, the church is being significantly affected by swift social changes, and the impact is receiving public attention.

​Joseph Bottum, editor of the journal First Things, contends that the “Great Church of America” has come to an end, meaning the mainline churches.  Noting that the high water mark for Sunday worship attendance came around 1965, Bottum “sees nothing but “continual leakage” in mainline churches. If the present trend continues, by the year 2020 another 15 to 20 percent shrinkage will occur. By the year 2050, researcher David Olson foresees the loss of fifty-five thousand congregations [in the United States].  (Note: The National Trust of Canada has recently delivered a report estimating that 30% of Canadian church buildings, or 9,000, will be closing by 2030.)  ….

Today’s rapidly changing world is pressing the church to respond to a shift in paradigms – but not for the first time.  … More than once, what people have thought and done has had to be reworked.  As the Jesus movement spread beyond Israel, profound Jewish traditions had to be examined.  Questions about how to handle the Hellenistic influence required new thinking.  ….In the sixteenth century, the Copernican revolution brought about new thinking in the church regarding the cosmos and people’s place in it.  In that same era the sale of indulgences was the tipping point for the breakdown of the Western church.  In more recent times, the ongoing tension between science and religion has required new thinking.  …

In today’s context, the church is challenged by the astonishing pace of change in the world.  We are in some ways ill prepared to act rapidly, since the church is an entity made up of people who are creatures of [habit], subject to seasons, rhythms and stages. …. Faced with a strange new world, the church is challenged to be true to its purpose and attuned to its context.  I believe the paradigm of rapid change constitutes a rich opportunity for the church.  … We are living in a context where old certainties are disappearing, old institutions less dependable, old assumptions questionable, and old neighbourhoods less cohesive.   …. God is no stranger to Eden’s deportation, Babel’s scattering, the exodus, the exile, and crucifixion.  God can be surprising, mysterious, taking history into unexpected turns.

​6.  Something to Watch and Ponder for Later