​We are called to be the church,
To celebrate God's presence,
To live with respect in creation,
To love and serve others,
To seek justice and resist evil,
To proclaim Jesus, crucified and risen,
our judge and our hope.

(from "A New Creed", The United Church of Canada) 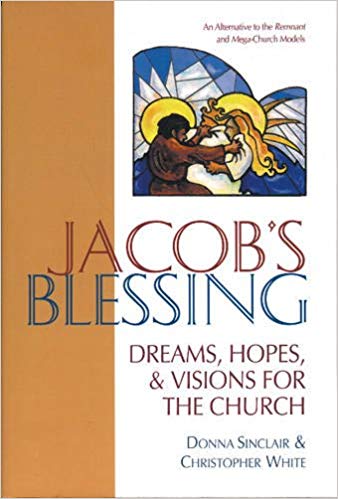 It’s been a rough two decades for the mainline church.  Numbers decline; congregations merge and close; a sorry parade of statistics forecasts the end of the church as we know it. Society proclaims an intense interest in ‘spirituality’. Yet at the same time the local church experiences an exodus from the pews and disinterest from the general population.  Society as a whole seems to ignore us.  The mass media gives us coverage only when scandals, fiscal and sexual, raise their ugly heads.   It’s too bad.

At its best the Canadian Church feeds the hungry and stands up for the poor.  It was present in internment camps when Japanese-Canadians were removed from their homes in World War II; today it fights for refugees and the ozone layer with equal passion.  Most of all, it allows people, in a unique way, to converse with a mysterious and loving God. Despite all this a CBC radio morning host recently remarked that he doesn’t know anybody who goes to church anymore.  …

Our varied denominations have responded to the decline of the past decades by dividing into two distinct and opposite camps.

The first camp embraces what has become known as “the faithful remnant” theory.  This theory argues that our decline is a natural result of living in a post-modern, post-Christian society.  Since Christianity has ceased to be the de-facto state religion, people are no longer socially obligated to attend church.  Thus, the wheat has been separated from the chaff and only the faithful remnant – that is, those who truly believe – remain.

The second response to the decline of the mainline denominations is changing the face of church life across North America.  As retailers moved to the “big box” model with warehouse stores to draw in customers, so too have some churches.  Recent decades have witnessed the explosion of the megachurch – huge multi-staffed trans-denominational congregations that dwarf the traditional neighbourhood church.  Ministers and committed laypeople, tired and frustrated with the decline of their local neighborhood church, optimistically visit  megachurches:  Willow Creek outside Chicago or Saddleback Community Church in southern California. They return from a church that brings in 15,000 people on a Sunday to a church that draws, on the average, less than one percent of that number.  A study by World Vision Canada found that two-thirds of Canadian churches have 125 or fewer worshippers on a Sunday morning; more than half of these have 75 or fewer.  Few Canadian churches can seat – let alone attract – 1000 people on a  Sunday.  … They then try to introduce a model that does not fit their local church’s culture or history, and are inevitably disappointed and frustrated when it founders.

So what’s the future for the neighbourhood church or the rural multi-point parish?  Twenty years from now will only mega-churches, with a smattering of mainline congregations, be left on the landscape? We believe that there is another possibility that is not limited to the two options outlined here.  It is a way that is faithful but that still allows congregations to thrive and possibly even grow.  It permits us to speak of justice and live with mystery. It seeks to understand what has gone before, and integrates our history into what is coming. ….   We are not clear on what the new church will look like, but we expect it will be different for each community. …  It will know its weaknesses and will not be frightened by them. Above all, in a society that seems devoted to individual gain, it will recognize its own value as a carrier of memory and compassion, mystery and love, song and prayer.
​

It is not often that I stray off the readings of the day in preparing a homily. Today will be an exception. I want to draw your attention to the excellent January 2020 edition of the Anglican Journal. The headline on the front page reads “Gone by 2040?” Almost the entire issue grasps the nettle of declining church membership and attendance, and wonders what might be the future of our “beloved Church.”

Let me back up and offer a few observations.

First of all, statistics are just numbers; they are not a force of nature! No matter what the predictive trajectory of this “decline” may be, unless I’m dead by 2040, I can guarantee you that there will be at least one Anglican standing! As, I suspect, can many of you. The better question is what will our Anglican Church look like?

Secondly, ..... we have to ask if we have been measuring the things that matter. Let’s say a parish of 30 souls ensures that no child in their small town goes to school without breakfast. And let’s say a big cathedral (just like us!) counted 1,800 people at its Christmas services. Do you want to be the one who suggests that church attendance at Christmas is a more important measure of faithfulness or viability than giving kids a step up on their on their capacity to learn and contribute meaningfully to the world? What do you think matters to God? That’s what we should be measuring. ...

There are a few take-aways from the January edition of the  Anglican Journal.

To begin, we need to change the conversation. Let’s stop talking about managing decline, and start talking about rediscovering hope, says Archbishop Mark McDonald. Let’s stop talking as if the purpose of the church is to fill our pews, says Archbishop Linda Nicholls. Our future does not lie in a return to the glory days (and besides, as I think we’ve already noted, they weren’t necessarily all that glorious). Next, we need to ask what characterizes the sense of purpose of those communities who are bucking the trend and actually growing. Because some are. And there are two recurrent themes.

First, the parishes that are vibrant, thriving, and growing are intently focused on the person, teachings and work of Jesus. Both as individuals and as parishes they have in common that they really want to work at this “Christianity thing,” at putting their faith into practice. That is why they gather. That is why it is important for the church to exist. So they create and take advantage of opportunities to learn more about their faith. They are intentional about shaping their lives in accordance with Christ’s teaching and example. They want to deepen their spirituality and sharpen their moral fibre. They want to love God with all their heart, soul, mind, and strength. After all, they reason, if Jesus isn’t at the centre, we may as well be the Kiwanis Club.

And secondly, the parishes that are thriving – in spirit as well as numbers – are those that are deeply engaged in some kind of hands-on service. They have figured out that the purpose of the church is not to sustain itself, but – as Jesus learned at his mother’s knee – to mend the world. People want to make a difference, and they choose to be part of a community that wishes to do the same. This is why in our visioning process, Greater Works than These, we have been asked to look around us, beyond our doors, and to look the best we can into the future, and to ask how God is asking us to serve. Vibrant Christian communities understand that God has a mission in the world, and he went and got himself a Church to help fulfil it.

One of the parishes featured in the Anglican Journal as a “green shoot” is the Church of the Redeemer in Toronto. On the ropes in the late 1970s, the Redeemer is now a growing and thriving Christian community, with a flourishing ministry to those who are street-involved, and a record for social justice. It is a parish that clearly “gets” the importance of service.

But it isn’t a matter of service alone. That service is deeply rooted in a commitment to Jesus Christ. Many years ago, when this street ministry was just beginning (the parish secretary handed out microwaved baloney sandwiches), there was a handwritten sign posted inside the kitchen servery window that read: “Remember, you are the face of Christ to our guests, and they are the face of Christ to you.” ....

7. Something To Watch and Ponder
(if you have time)